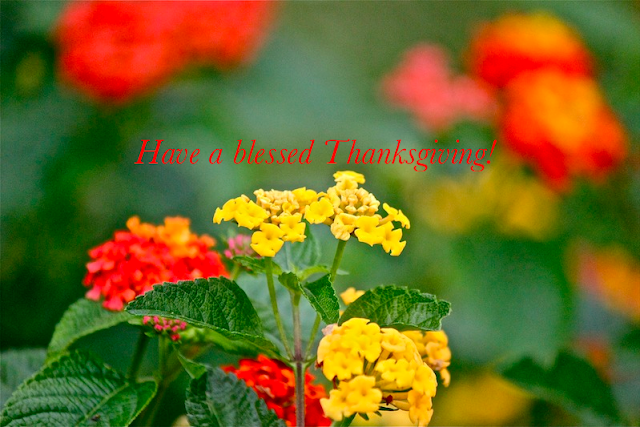 We had been keeping our eyes on nine monarch caterpillars, hoping at least a few would stick around to take the next step.  After eating nearly every leaf off the milkweed plants and growing bigger and bigger, they began to make their way to the other plants in the same bed.  Since they don't eat anything except milkweed and they had left it, we crossed our fingers. 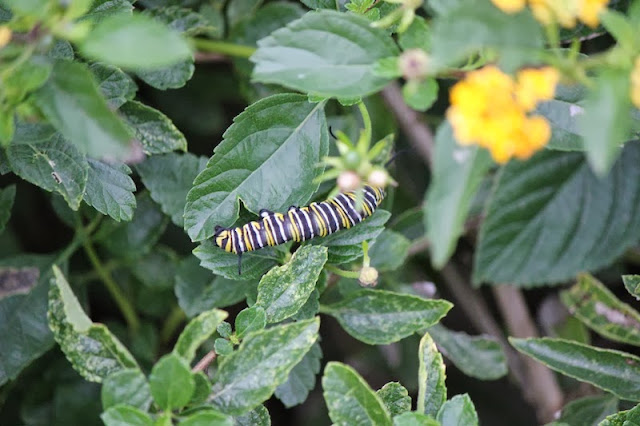 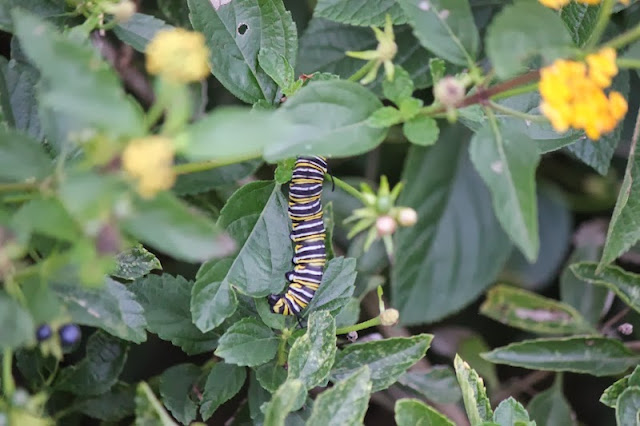 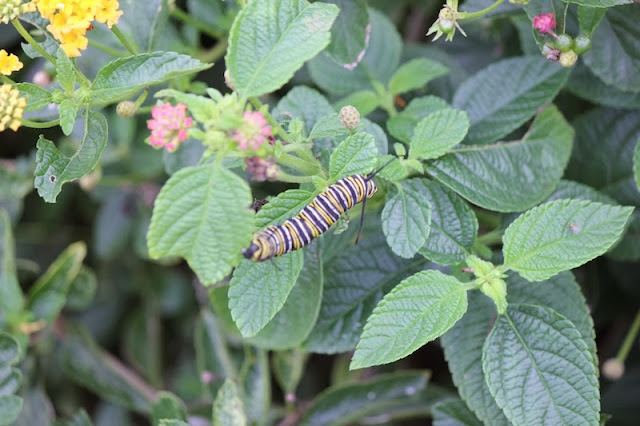 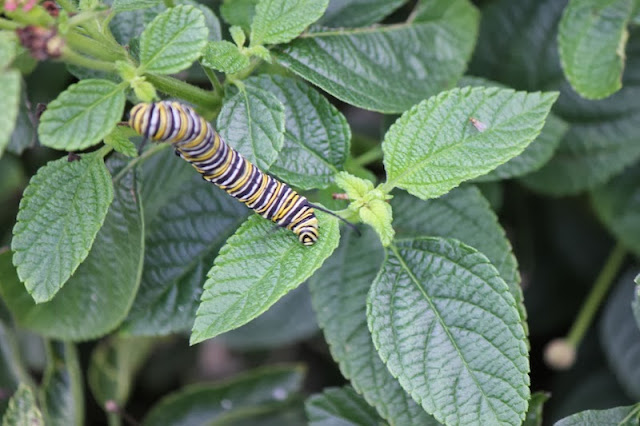 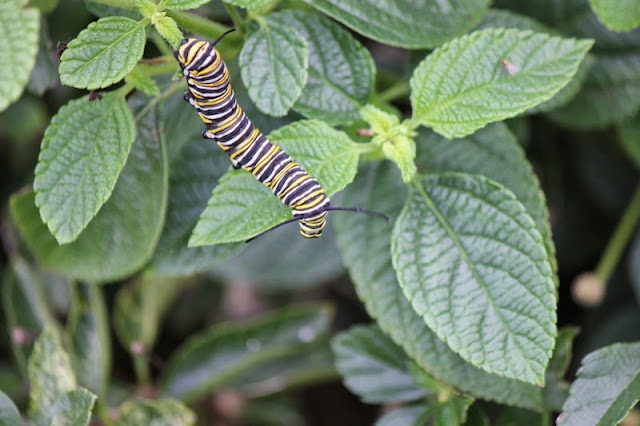 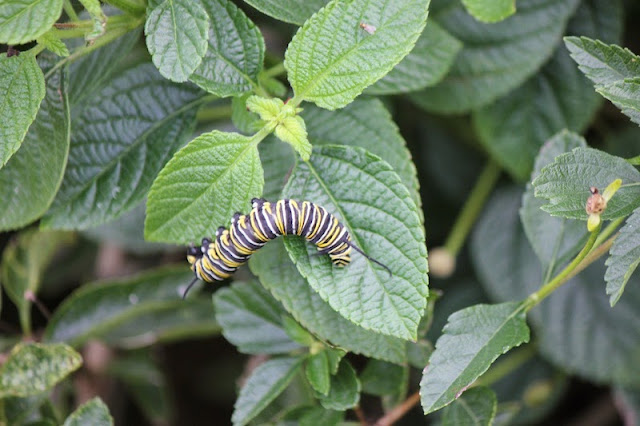 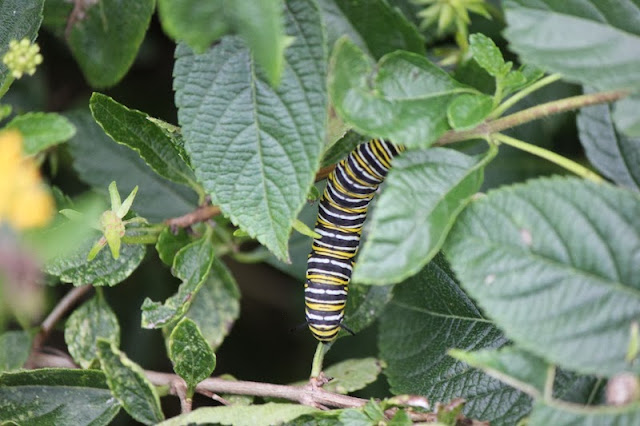 Look where this one is!  I was so excited, since this makes him easy to spot and keep track of. I will be boring you with more photos.  Count on it! 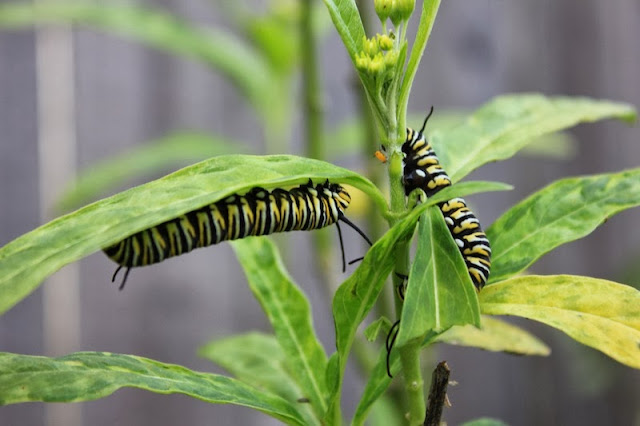 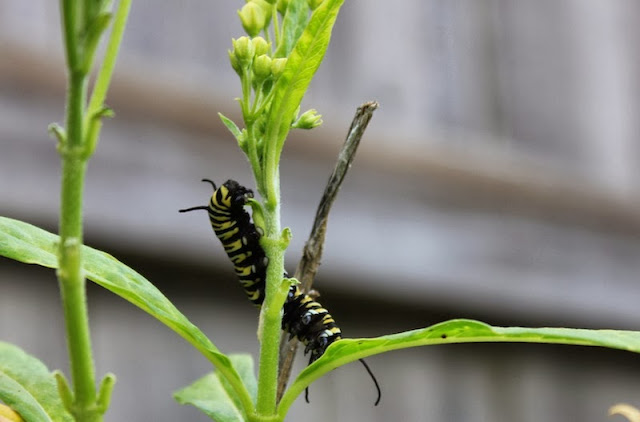 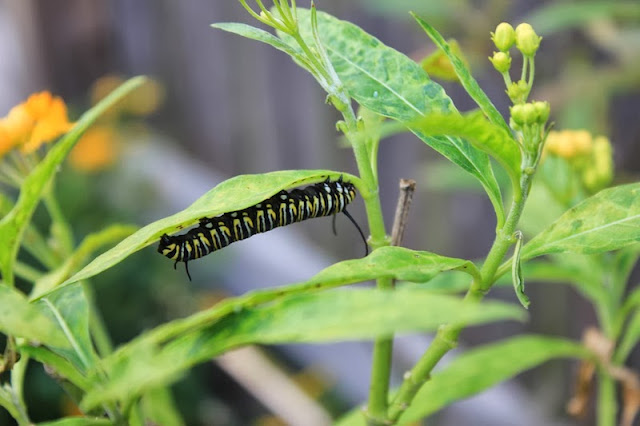 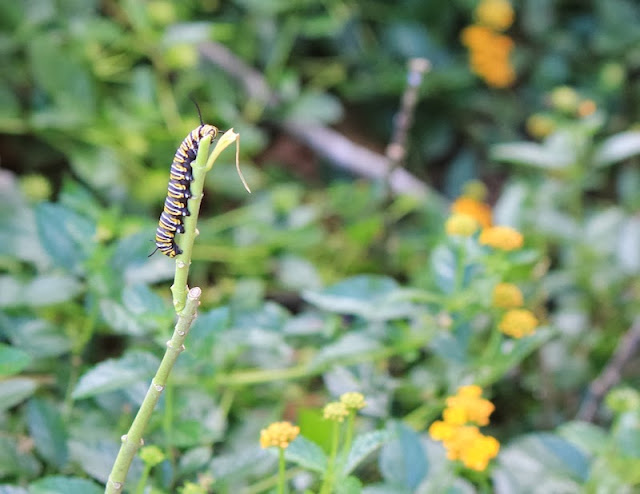 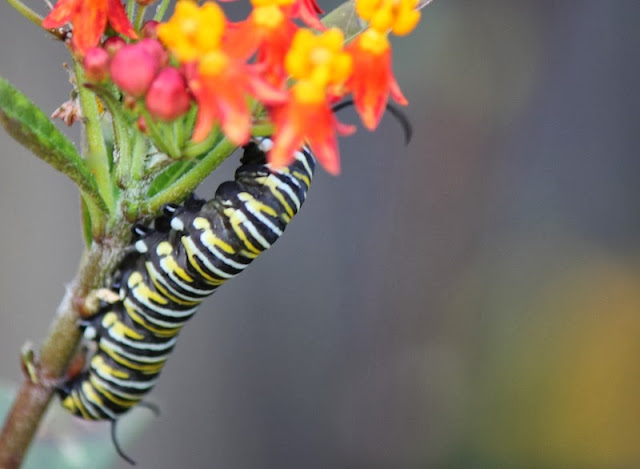 The last time I had seen Michael was on October 19th, the day before his birthday.  I had spoken with him a few times, when he had service available, but he was out of town for about 3 weeks, visiting his girls.  He stopped by the house after Clinic on Friday and he looks good!  Says he feels wonderful, too.
They are still calling him a miracle. 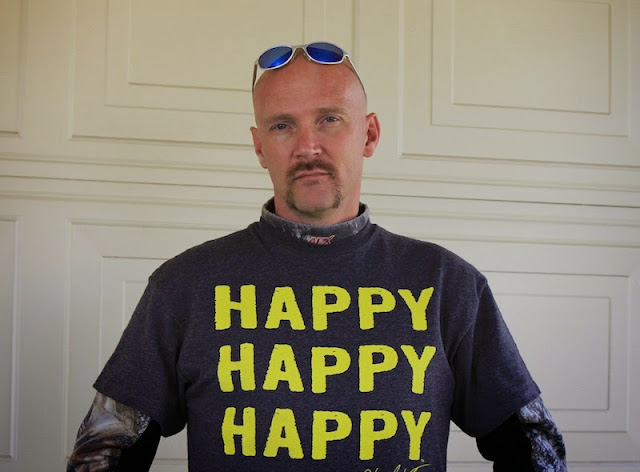 My Daughter and her husband recently lost some money using Craigslist and what was supposed to be Google Wallet.  I feel this needs to be put out there, in the hope it may keep someone else from becoming a victim.

Below is a copy of a letter he sent to a radio station, to get the word out.


I know this is long, but it's worth it for the listeners.  I just got hosed for $2,400 on Craigslist on a fraudulent posting.  I figured maybe I could get this to you and it could help the listeners from having the same thing happen to them.

My wife had found what seemed to be a too good to be true deal on a 23 foot camper.  Well, turns out it was too good to be true.  This person posed as a divorced lady that had gotten the camper in a divorce settlement and had no use for it.  She claimed to be going through "Google Wallet" which is a legitimate company that's kind of like "PayPal".  It was a Houston Craigslist ad but she had claimed she moved to Ohio for a new job after the divorce.  My information was given to the supposed Google Wallet and I was sent what looked like a very legitimate e-mail from them with logos and all, explaining the payment process, insurance on the purchase and all kinds of customer service numbers.

There was supposedly a dedicated agent that was going to handle the transaction... yea they handled it alright... right into their pocket.  I was supposed to send the money to the agent using Moneygram.  I did so and got the confirmation number like the e-mail explained and called the Google Wallet people back to give them the confirmation number.  I was sent an e-mail... looking fully legitimate, yet again saying my shipping date.  I stay home all day... AND IT NEVER SHOWS UP!!!  I call the customer service number back to find out what's going on and the same guy that has answered the phone every time tells me that there was a hold on the shipment because I didn't pay for my side of the shipping insurance.  $1,420 that was going to be fully refundable.

This was where I got sideways with the guy and told him the original e-mail said the seller has paid for the insurance and nowhere did it say anything about the buyer purchasing insurance... it ain't happening.  Everything started seeming fishy now.

I looked up the Google Wallet customer service number... it was different from the one I had been calling.  I got them on the phone, gave them the posting/purchase/confirmation numbers, and that's when they proceeded to tell me the numbers were no good in their system and they don't use Moneygram.  I had been a victim of fraud.

I contacted all legitimate companies involved and local law enforcement to report it and here I stand, minus 2,400 bucks. 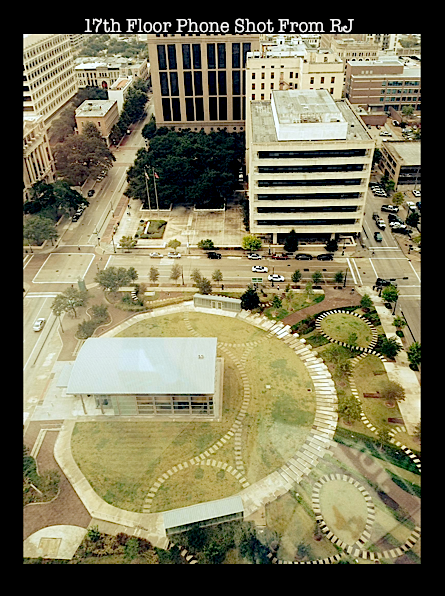 I know this is supposed to be wordless, but since many have asked... RJ is my middle son.  He took this shot from the courthouse while on jury duty.  If you look closely, you can see the reflection of his juror badge.