If you were here a little over a year ago, you might remember the photo I posted of my girls and me.  It's difficult to get us all together at the same time to take a comparison photo, to show how much they are growing.  Saturday we had the occasion and, although difficult, I was able to round them all up for another photo, showing how big they are getting.  Just look at the three on the right... they've really grown! 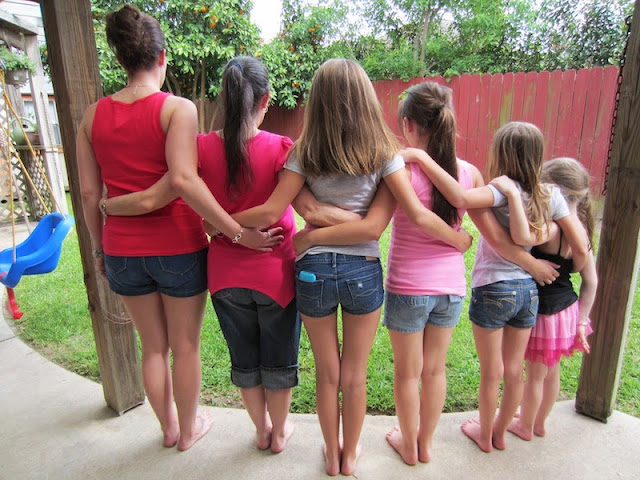 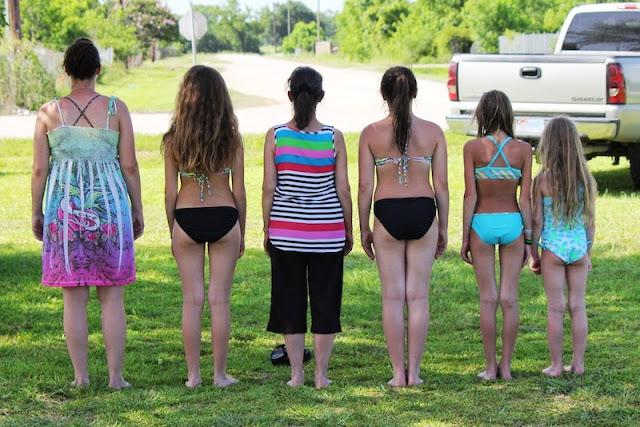 *Note to self:  Don't wear horizontal stripes across your butt for photos!
Speaking of big, Michael left the hospital weighing 139 pounds.  He has put on many more since then and is doing well!   He had been cooking since the night before and was hot and sweaty, we all were, but he was still smiling. 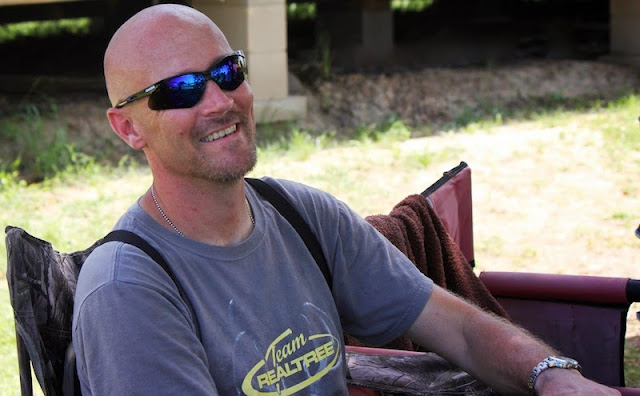 The baby is really getting big.  Won't be long until I can't call him baby anymore. 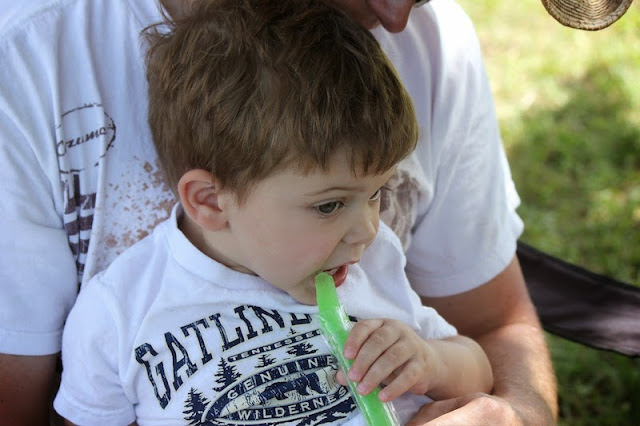 I tried to get a photo of the Super Moon and was set up well in advance, to try to catch it on the horizon, when it looks the biggest.  You might know it came up at the end of the fishing pier and was already completely up and round before I managed to get moved so I could get some shots.  The clouds and moisture in the atmosphere didn't help, either. 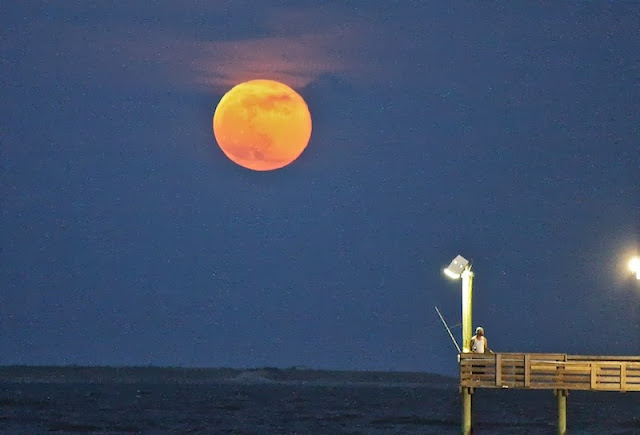 Before I hit publish, this next photo is for Karen.  Love ya, girl! 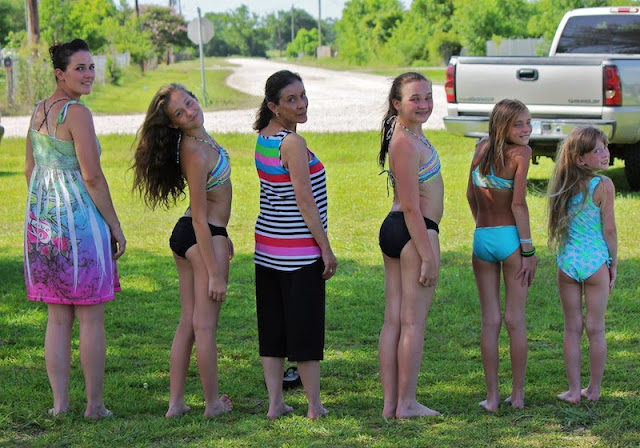 Toss Me A Snot Rag

The majority of the time Michael was in the hospital, I was, somehow, able to maintain my composure and keep the tears and the fear inside, in order to be strong for him.  Not sure how I was able to pull that off, normally I'm not able to control the waterworks.  Today has been the day to let them out, without the worry of criticism.  As I watched my Daughter's car pull away, with the accumulation of his necessary things, I held up my hand in the "I love you" sign, came inside and stripped his bed, still fresh with his scent, put the sheets in the washing machine and will try to move forward.


I have purposely not been posting updates, although I have privately answered, by email, anyone asking about him.  Michael has been doing well, testing his ability to try to get back to a semi-normal life by making weekend trips to his home.  He has only had one hospitalization, after the first trip and that, thankfully, was only over night.  They suspected he had a gastrointestinal bleed.  He didn't.
He started back to work (in the office, rather than in the field) the Tuesday after Memorial Day.  His cousin has been driving him, since driving is something he's not supposed to do.  I have know for quite some time that he was going to move back to his house and have been dreading the thought of not being able to control supervise oversee take care of him.  As hard as it has been and as many times as we have locked horns and had our verbal fisticuffs, I do love him and only want the best for him.  My hope is that he wants that for himself.  He will push the limits, doing things he knows he shouldn't, just to prove he can.  That's the way he is and nothing in my power will change that.
He may be out of my home, but will never be out of my heart.
Thank you to everyone that has asked about him, prayed for him and given me moral support and a shoulder to cry on.  I appreciate it more than I will ever be able to convey with words.
He received a letter May 17th, confirming he had been placed on the transplant list.  There IS still hope his heart will heal and a transplant won't be necessary.
Michael, if you are reading this... 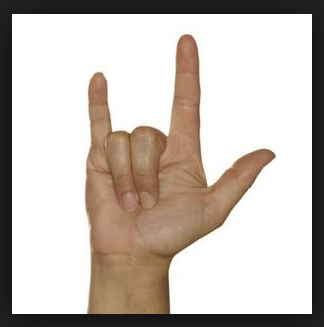 PLEASE TAKE GOOD CARE OF YOURSELF... AND TAKE CARE OF YOUR FEET THAT I'VE WORKED SO HARD ON.  And, as much as you hate it, call your mother occasionally and let her know you're okay.  Okay?